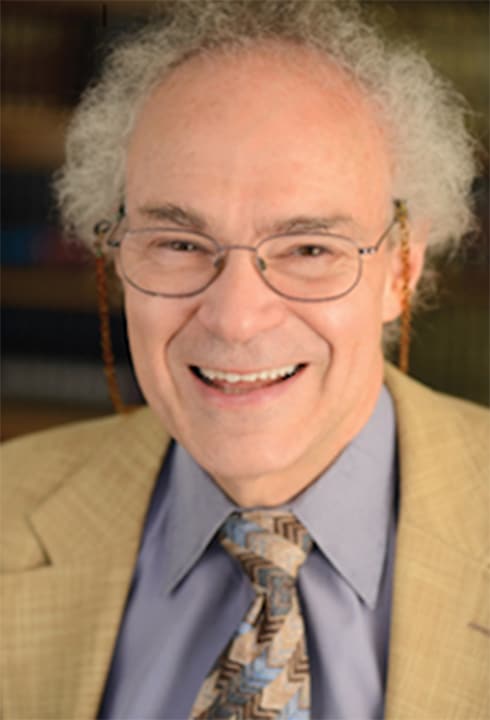 Chaim Seidler-Feller recently celebrated his 40th year of working with students and faculty as the executive director of the Hillel Center for Jewish Life at UCLA. Currently director emeritus, he also serves as director of the Hartman Fellowship for Campus Professionals. An ordained rabbi, he also completed a master’s degree in rabbinic literature. Chaim has been a lecturer in the Departments of Sociology and Near Eastern Languages and Cultures at UCLA and in the Department of Theological Studies at Loyola Marymount University. He is also a faculty member of the Shalom Hartman Institute, North America, and of the Wexner Heritage Foundation and was rabbinic consultant to Barbra Streisand during the making of the film Yentl. The International Hillel Center has granted Chaim the Hillel Professional Recognition Award “for blending the love of Jewish tradition with the modern intellectual approach of the university.”

In nearby Latvia and Estonia, Jews also played important roles in the economic and intellectual life of their countries. Their Jewish communities flourished, with customs and culture influenced by German, Russian, Polish, and Lithuanian traditions. Over the years, such luminaries as Isaiah Berlin, Rabbi Kook, Mark Rothko, Louis Kahn, Abba Eban, and Amos Oz have come from Lithuanian, Latvian, or Estonian families.

Join scholar in residence and expert on Lithuanian Jewry Professor Chaim Seidler-Feller and explore the Jewish heritage and culture of these Baltic Jewish gems. Our trip will begin in the picturesque city of Vilnius and continue through the countryside of Lithuania, Latvia, and Estonia. Among other places, we will visit Trakai, ancient capital of the Grand Duchy of Lithuania; the charming city of Riga, a World Heritage Site; and Tallinn, an architectural wonder. Throughout the journey, travelers will enjoy good company, magnificent countryside, and Professor Seidler-Feller’s fascinating lectures, which will provide invaluable context and insights.

Afternoon: Check in to our centrally located hotel, the Kempinski Hotel Cathedral Square.

Evening presentation by accompanying scholar, followed by orientation and an opportunity to get to know one another; opening dinner at our hotel (included).

Evening presentation by accompanying scholar. Dinner on our own. Depart our hotel for a day trip to Trakai, ancient capital of the Grand Duchy of Lithuania. En route, we will stop in Paneriai Forest to see a site commemorated by a memorial to the victims of the Holocaust. In this forest, more than 100,000 Jew were murdered, most over a period of a few days.

Evening: Presentation by accompanying scholar. Dinner on our own.

Evening: Special guest lecture by, and discussion with, Dr. Dovid Katz. An American-born, Vilnius-based scholar and cultural historian of Lithuanian Jewry, Dr. Katz is the author of many articles on Yiddish that have been published in encyclopedias (including the YIVO *Encyclopedia of Jews in Eastern Europe*) and is intimately familiar with the status and situation of today’s Jewish community in Vilnius. Dinner on our own. Evening: Attend services at Peitav Shul (a 10-minute walk from our hotel). The synagogue is an architectural gem and considered a monument of national significance. The only synagogue to be spared during the Nazi occupation, the Peitav Shul is a magnificent edifice, constructed in the manner of Art Nouveau and well worth seeing. Following services, Shabbat dinner (included).

Afternoon: Walking tour of historic Old Riga (designated a UNESCO World Heritage Site), with its many wooden buildings and Art Nouveau architecture. Included is a guided tour of the Art Nouveau Museum. Evening presentation by accompanying scholar followed by a meeting to process the experience of our trip.

Morning: We will visit Tallinn’s new Jewish Community Center and the adjoining, architecturally fascinating, synagogue and museum for a guided tour. Lunch on our own; afternoon free for last-minute shopping or exploring Tallinn. The Grand Palace Riga was originally built in 1877 as the Central Bank of Latvia and was converted into a boutique 5-star hotel in 2000. It now offers a setting that encompasses luxury, warmth, and comfort. Voted as Latvia’s leading hotel, the Grand Palace Hotel is located in the heart of the sightseeing district of Riga Old Town. Hotel Telegraaf is an elegant 19th-century building with a stunning façade, perfectly placed in the heart of Tallinn’s historical Old Town. Formerly a telephone exchange, it has been masterfully converted to a boutique hotel that provides the highest standards of accommodations and cuisine. *Per person, based on double occupancy. Single supplement ($1,245) and gratuities ($165) additional.

To reserve your place, please complete the registration form and submit with a nonrefundable deposit of $1,000 per person (payable to the Jewish Heritage Travel Program). Balance in full is due 120 days prior to departure.

We require that all participants provide proof of Covid vaccination to participate in any Jewish Heritage Travel program.

Limited to 26 participants, the program will entail considerable walking, including uneven terrain. Participants need to be in active, good health, able to keep up with the group, ready to travel and experience group and cultural differences with grace. If you have any questions, or need help with your travel plans, please call the Jewish Heritage Travel Office at 845-256-0197.